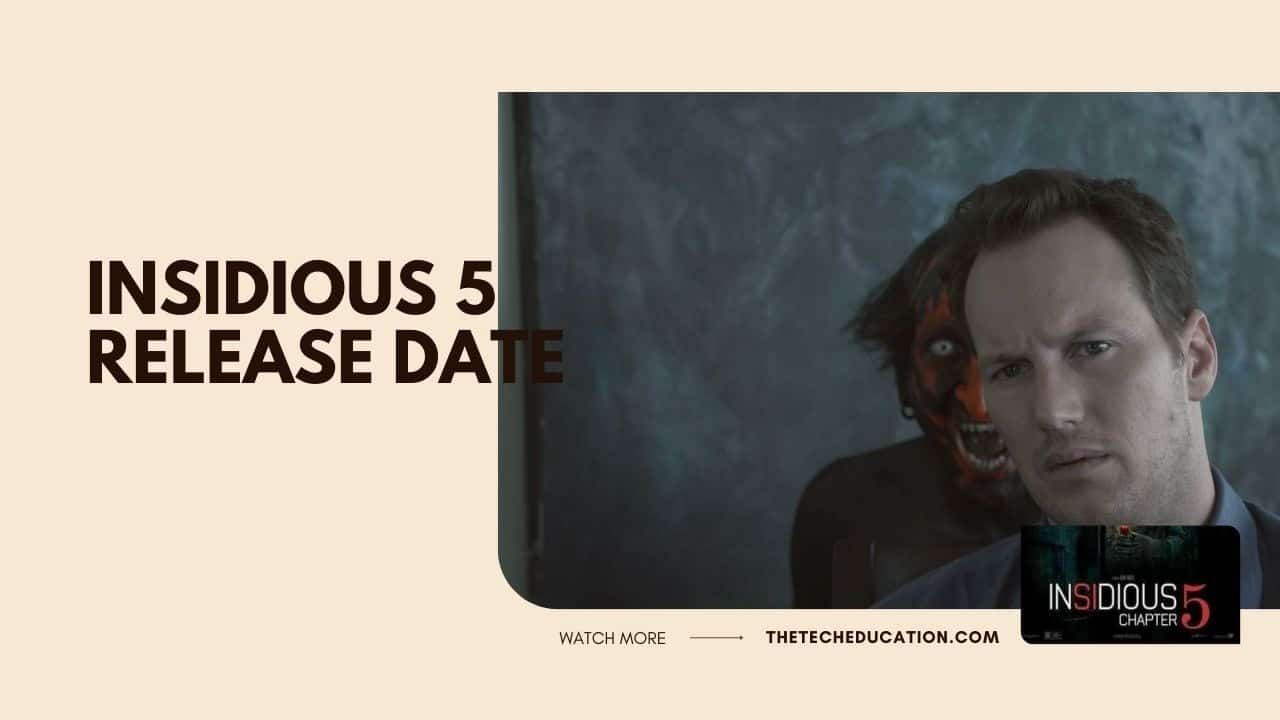 The Lambert family will return to Insidious five after their supernatural encounters in the first two films. Despite being a surprise to some that a fifth Insidious film has been approved, especially since Insidious: The Last Key (the fourth film) received the worst reviews of the series to date, it was also the series’ highest-grossing movie with $168 million worldwide (on a $25 million budget).

The massive box office takings and the continued love for Wilson make a fifth movie a no-brainer. Is Insidious 5 going to be anything like the previous movies? Everything you need to know is right here.

Insidious 5 Release Date: When Can We Expect Insidious 5?

Unless the release date is shifted, Insidious 5 will hit cinemas on July 7, 2023.

The film is 10 years after the last installment, as Ty Simpkins’ Dalton begins college.

See what other movies just got release dates: https://t.co/waj4ShE3Pr pic.twitter.com/oeSTGFWtXA

According to Wilson, the movie finished wrapping in August 2022, which means the release date for summer 2023 should remain the same.

What Is The Plot Of Insidious 5?

We got our first official synopsis for Insidious five along with the announcement of production:

The repressed demons of Josh Lambert’s past return ten years after the end of Insidious 2 to haunt Dalton as he heads east to enroll his son at an ivy-covered university.

In discussing why Wilson decided to make Insidious 5 his directorial debut, Wilson hinted at what to expect and how the fifth movie will relate to the first two.

When you think about the lore of Insidious and this family, specifically Ty and me having been hypnotized, what does that do to a family ten years later?” he wondered.

Watching Dalton go to college and how he deals with all the new situations and feels like an outsider trying to fit in is interesting. Dalton has this ability he doesn’t even realize he has of being an astral projector and traveler.

Josh and Dalton suppressed their memories again at the end of Chapter 2 to forget all about The Further and all the demons it contains, including the Bride in Black and Lipstick-Face Demon.

A trip into The Further is an essential part of an Insidious movie, so let’s wait and see what persuades Josh and Dalton to return.

the confirmed cast of ‘insidious 5’ pic.twitter.com/ekjx8q5mmp

Lin Shaye has been a constant presence in the series as Elise Rainier, so we expect her to return as Elise’s ghost, along with Leigh Whannell and Angus Sampson as Elise’s colleague’s Specs and Tucker.

We don’t know if Barbara Hershey will reprise her role as Lorraine. Still, three newcomers have been confirmed: Succession actor Hiam Abbass, Sinclair Daniel, and Peter Dager in an unspecified part.

Where can I watch Insidious 5?

Insidious is available on Netflix, HBO Max, and fuboTV. You may rent or buy Insidious on Google Play or Vudu and stream it.

Has the Insidious 5 Trailer Been Released Yet?

Filming on Insidious five has been completed, but we won’t see the first footage for a while. Keep an eye on this page for updates!