Kanye West, whose legal name is now Ye, was banned from Twitter soon after he posted a picture of a swastika inside the Star of David. Late Thursday night, Twitter CEO Elon Musk confirmed that Ye had been banned, saying that Ye had “again broken our rule against inciting violence.”

Ye’s Twitter account was locked for nearly two months after he posted something that was anti-Semitic. Instagram also shut down Ye’s account in October after he posted a screenshot of a text message between him and rapper Sean “Diddy” Combs in which he said Diddy was controlled by Jews.

Ye has been back on Twitter in the past few weeks, but his latest ban seems to be permanent. Elon Musk says, “I did the best I could.” “Even so, he broke our rule against provoking violence again. “The account will be closed.” 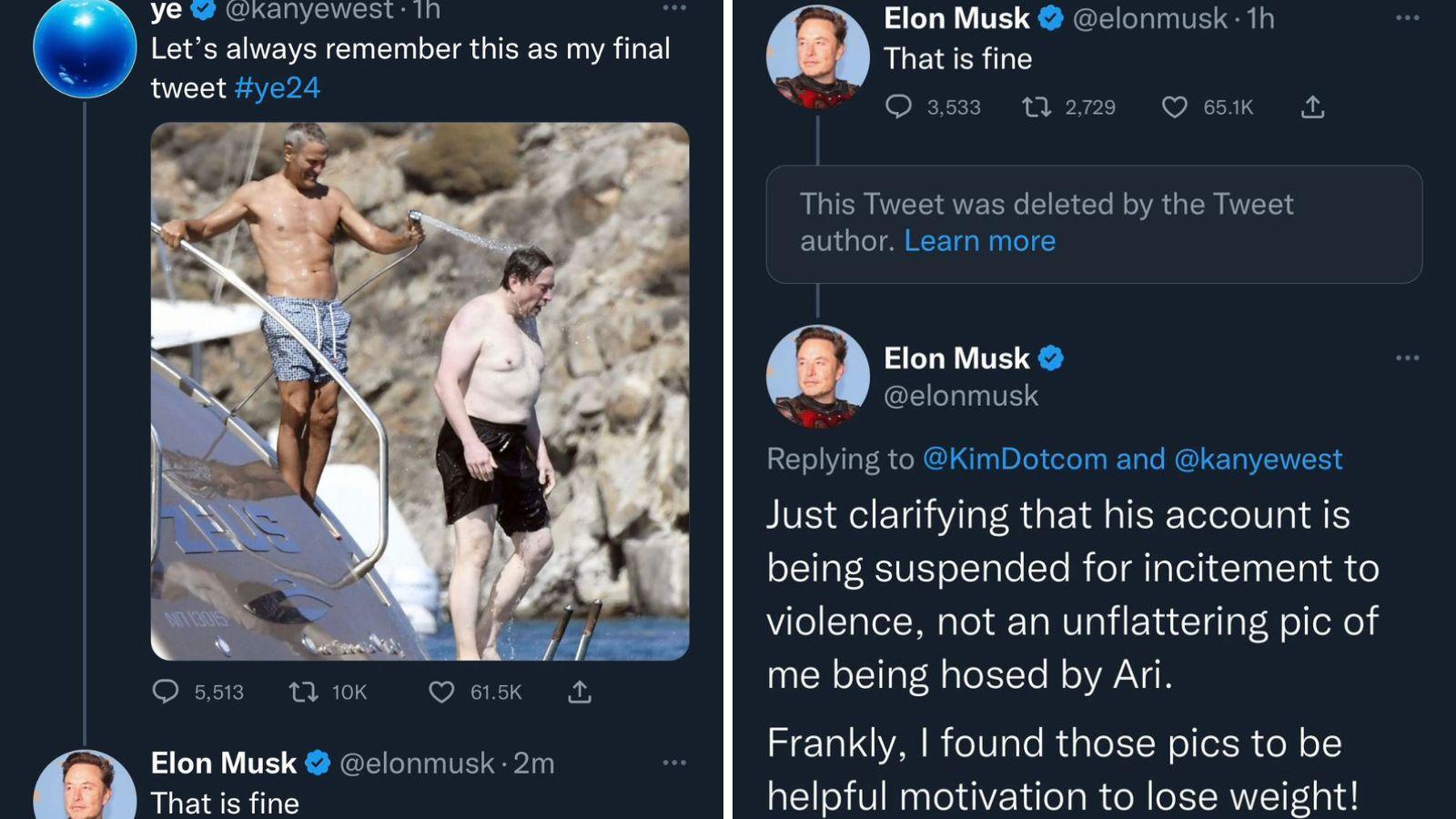 Just clarifying that his account is being suspended for incitement to violence, not an unflattering pic of me being hosed by Ari.

Frankly, I found those pics to be helpful motivation to lose weight!

Ye also planned to buy Parler, a social media site that bills itself as an alternative to Twitter for “free speech.” The company that owns Parler, Parlement Technologies, said Thursday that Ye will no longer be buying the platform. Ye went on an anti-Semitic rant on conspiracy theorist Alex Jones’s Infowars show shortly before the announcement. Ye also said good things about Adolf Hitler on the show, saying “I see good things about Hitler.”

He has been supporting right-wing causes more and more in recent years. Last week, he met with former president Donald Trump at Mar-a-Lago with white nationalist Nick Fuentes. Ye was diagnosed with bipolar disorder in 2016, and in a 2019 interview with David Letterman, he talked about his struggles with mental health.

When Will Ginny And Georgia Season 2 Be On Netflix? Is There Any New Updates?