On a not so fine Wednesday morning, two cranes at a workspace collided. The collision sent almost 16 men to the ER. Just a few miles north of downtown Austin a building was under construction in a rapidly growing neighborhood that includes residential, retail and office space.

Austin-Travis County EMS medics reported 22 people were injured. Sixteen had to go to the hospital. Medics responded at 9:38 am local time to the scene on Robert Browning Street near Dell Children’s Medical Center. 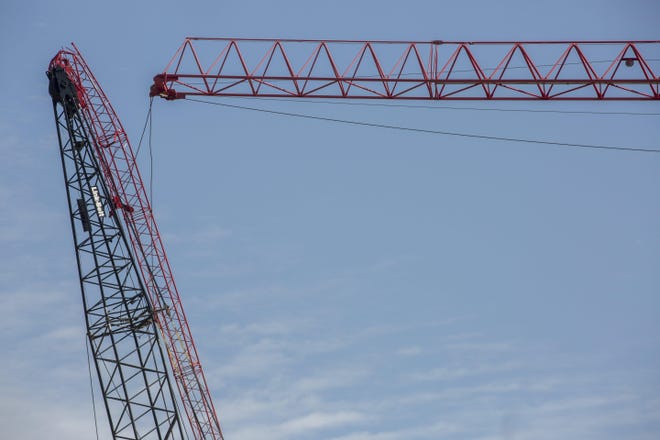 One of the operators was still inside the crane cabin more than an hour after the incident. However, he did not appear to be damaged. Authorities said the operator was safe and that they were working on getting him down.

The footage, released by TV station KVUE showed the two tangled Cranes. KVUE is Austin’s ABC affiliate station. It has been delivering local news for Central Texans since 1971. Today it is owned by TEGNA, Inc., which reaches approximately one-third of all television households in America.

Later, officials stressed that the cranes did not collapse entanglement and a collision took place.

Austin Travis-County EMS (ATCEMS) confirmed medics responded to the scene in the 1600 block of Robert Browning St., which is in the Mueller development area. ATCEMS reported Wednesday morning two cranes had collided, resulting in at least 22 people injured.

All the victims were site workers—however, most of the injuries caused as a result of their flight from the area.

Four of the injured admitted themselves to Dell Seton Medical Centre. Three, to ST. David’s Medical Centre and another three treated at South Austin Medical Center. The last three people had to admit to Seton Northwest.

READ  NFL Paints "End Racism" On Its Fields. We Are Not Kidding !! You Will Be Surprised By This Attempt...

No deaths reported as of 10.30 am according to KVUE’s Tony Plohteski. The injuries were mostly minor.

The higher authorities have put barricading at near places. Suggestively, the public advised avoiding the area.

Next Read: Anti-China Protests Raged in Mongolia Because Of Fear Of Detriment Of their culture.

Hey there! I am here because I love to write! Be it news, novels, gossips, if it includes creative writing, You'll find me there. I am a medical aspirant, studying MBBS. Writing, for me, is a way back to life. Go ahead and enjoy my posts. Happy surfing! XOXO